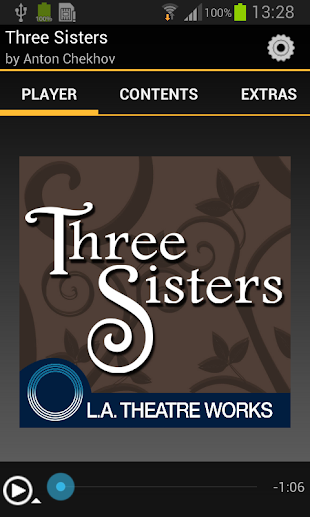 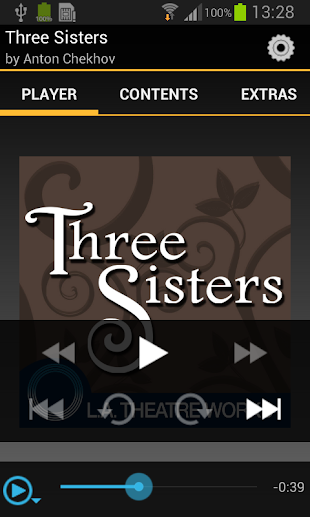 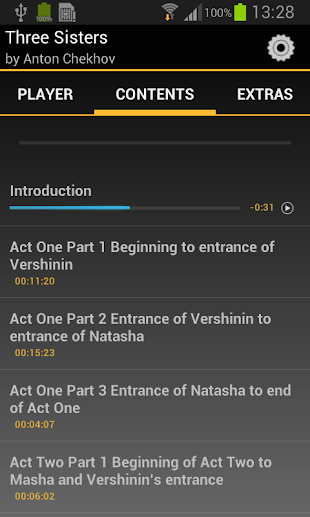 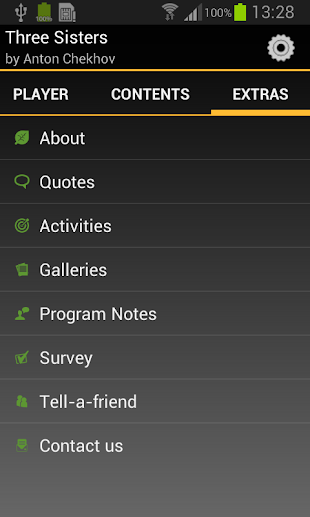 Link to application sended to your email!

Three Sisters (by Anton Chekhov) is presented by L.A. Theatre Works. This standalone audiobook app combines a professional audio recording with supplemental features for download-once, grab-and-go anywhere enjoyment.A full-cast performance of Chekhov’s masterpiece starring Jennifer Westfeldt, Tessa Thompson, Sarah Zimmerman and Jon Hamm.
Meet Olga, Masha, and Irina, warm and cultured young sisters who were reared in the exciting hubbub of Moscow, but have been living in the dull, gossipy backwaters of Russia for far too long. With their father’s passing, and the ordinary grip of day-to-day life slowly suffocating them, the urge to return to the city with its rich and exciting life rises to a fever pitch. First performed in 1901, Three Sisters beautifully mixes humor and heartbreak and is a perennial favorite of actors and audiences alike.
The great Russian playwright Anton Chekhov is one of the most influential figures in modern literature, whose classic works include Three Sisters and The Cherry Orchard (also available from L.A. Theatre Works).
An L.A. Theatre Works full-cast performance featuring:Jennifer Westfeldt as MashaTessa Thompson as IrinaSarah Zimmerman as OlgaJon Hamm as VershininJosh Clark as Solyony and RodeJosh Cooke as KulyginDan Donohue as TuzenbachPamela Dunlap as AnfisaMarc Halsey as FedotikRebecca Mozo as NatashaRobert Pine as Chebutykin and FerapontReid Scott as Andrei
Translated by Christopher Hampton. Directed by Jenny Sullivan. Recorded before a live audience at the Skirball Cultural Center, Los Angeles.
DURATION: About a 2 hour performance.